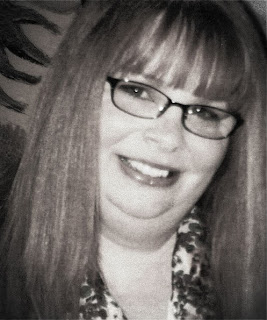 Today, I'm joined by A.B. Shepherd, author of Lifeboat and The Beacon. Not only is A.B. a friend of mine, she's a fabulous author (If you like sci-fi, you must read Lifeboat. I haven't read The Beacon yet, but I'm sure it's just as good!)

Coke or Pepsi?
Diet Coke - I used to be completely addicted and drank little else, but I’m trying to be a bit healthier and only allow this indulgence on weekends now.


If we looked under your bed, what would we find?
Nothing but dust bunnies. And maybe the odd sock. People think it is the dryer that eats them, but maybe it’s the bed. (That's just what the dryer wants you to think.)

Dragons or unicorns?
Dragons definitely. Unicorns are beautiful, but dragons are far more majestic and potentially dangerous. If you have only beauty in life you miss out on a lot.
(And here we part ways. Dragons make a good story, but I'm Team Unicorn all the way. It's okay. We can still be friends.)

What is your favorite season? Why?


When I lived in Michigan my favorite season was autumn. I even gave my daughter the middle name of Autumn. I love the changing colors on the trees, the crisper days, the new school year which makes autumn feel like a new beginning for me. Now that I live in Australia autumn just isn't the same and our seasons are the opposite of those in the States so your autumn becomes our spring. We don’t get snow in winter, but it is gloomy and rainy. I think now my favorite season is spring going into summer because we see the sun a bit more.

If you could live anyplace on earth, where would it be? Why?
I’m almost in my dream location - only about half an hour away from it. My favorite place in the world is the coast of the Southern Ocean and if I ever become rich and famous I will build a house right on the seaside so I can see the ocean every morning when I wake up. Take about inspiration!

Now let's hear about your book.

What is the name of it and is it part of a series or a stand-alone?
The Beacon is a psychological thriller - a stand-alone novella set in an old lighthouse on an isolated island. I honestly can’t tell you exactly where the idea came from, but the setting was chosen because I have a love of lighthouses having grown up in Michigan surrounded by the Great Lakes.

It’s difficult to discuss without giving spoilers, which is the bane of every writer’s existence, but essentially it is the story of a young woman who has shipwrecked on this island and the things she experiences there. She finds herself in the midst of a violent situation and she kills a man to help the new friend who has taken her in, yet in the morning her new friend and the body of the man she killed are nowhere to be found. I’ll leave it at that. (Ack! Sounds like one I need to read. But not if I want to sleep that night. So, maybe not...)

Did your book end up the way you intended?
Yes and no. The story turned out how I wanted it to, but I had intended for it to be a full-length novel rather than a novella. But the story wants what the story wants and sometimes you just don’t need as many words to tell the story as you might think you do.

Do you have any upcoming projects in the works or other books that have been published?
My first published work is a novel called Lifeboat - a character driven science fiction/suspense novel with UFOs and aliens. It was intended to be a stand-alone book and I wrote The Beacon immediately following it. I have since, however, begun writing a sequel to Lifeboat - which will again be a science fiction book, and I also have another work in progress which will likely turn out to be another psychological thriller. I guess I like to genre flip. (I can't wait for the sequel to Lifeboat! Write faster, please!)

Where can we buy your books?
The Beacon and Lifeboat are both available on Amazon in Kindle format and in paperback (including large print paperback).

About the Author:
"Never stop dreaming or reading." - A.B. Shepherd

A.B. Shepherd grew up in Lansing, Michigan, but moved to Australia in 2009. She now lives in the Limestone Coast region of South Australia, with her husband and their imaginary friends. She can usually be found seaside at Port MacDonnell, or lost in a fantasy world.

Lifeboat is her debut novel.

Her second book, is a novella titled The Beacon.

A.B. loves to hear from readers. Feel free to email her at TheRealABShepherd@hotmail.com with your thoughts regarding her books, or anything else that takes your fancy.

This post contains affiliate links. For each purchase you make, Amazon will pay me a (very) small percentage of the purchase price.
a Rafflecopter giveaway
Posted by Amanda at 8:18 PM

Thank you for this interview and for hosting this stop on The Beacon tour. You rock Amanda!