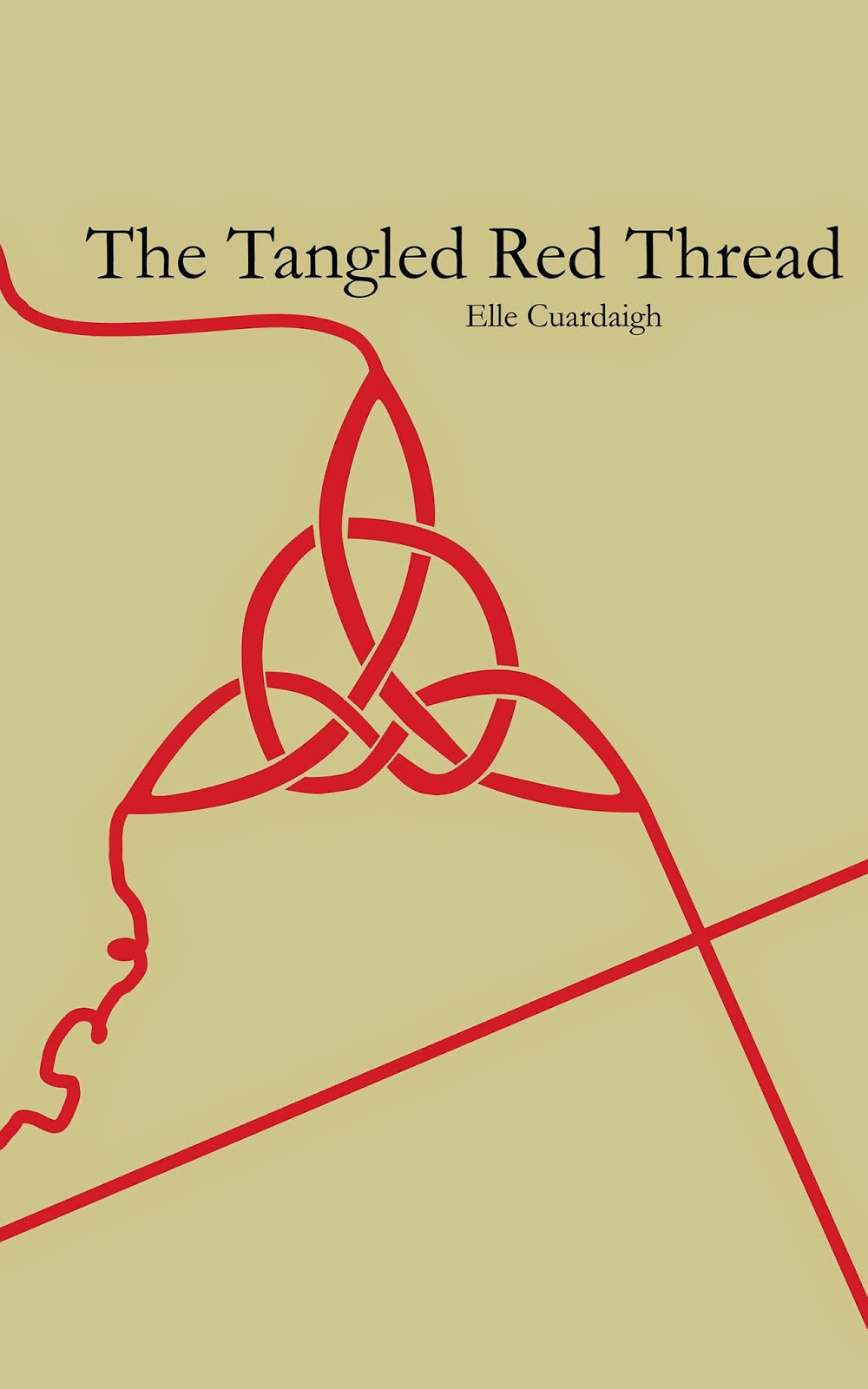 About the book:
Title: The Tangled Red Thread

Author: Elle Cuardaigh
Pages: 370
Release date: April 11, 2014
Where I got the book: I actually proofread this book, but that does not affect my review about the actual writing.

Born into the social experiment of closed adoption in the early 1960s, Noelle was taken home directly from the hospital at the age of three days. Her early life in rural Washington state seemed idyllic. With loving parents, two brothers, and her beloved pets, she had a childhood to be envied. But all that was ripped away, first by the violent loss of her innocence, followed by the slow death of her mother. Essentially left to raise herself, she embarks on a lifelong journey of self-discovery, guided at unexpected times by "the voice" only she can hear. Even the most mundane choices, such as where to go to college, seem to be divinely directed. Haunted by recurring loss, Noelle is determined to find her birth mother, to uncover the secrets of the feelings and visions she cannot contain or control. In surviving the breakdown of her husband and marriage, she realizes she has a psychic connection with the family she never knew, and in a series of incredible events reunites not only with them, but also eventually with her soulmate. A true account of one woman's life, existing as not one, but two people: one born and one adopted, and enduring the reality of not completely belonging in either world.


My review:
If you want to read a true story of a strong woman dealing with the sad --and sometimes just plain unbelievable -- things life throws at her, Elle is a fabulous story-teller. This is a heart-wrenching book, but Elle also has a sense of humor that shows up when you least expect it. This is one of those "truth is stranger than fiction" books, but I've known Elle for almost ten years, and know this to be her real story.

Adoptees, survivors of sexual abuse, and those left behind in a family member's battle with drugs or mental illness may also be interested in this book.